This is part of a series of daily reflections for the Season of Creationtide (which runs from September 1st to October 4th). These reflections offer opportunities for reflection and response each day. They are not written with the purpose of convincing the reader that the world was indeed created by the God of the Bible. Instead it will look in a variety of ways at what it might mean to live within that created world, to help the reader to reflect on their place and role in the world that God has made, and to let that inform their faith. The daily reflections will draw on a range of writers, thinkers, poets and storytellers from across the Christian tradition. To read more of Richard’s reflections go to the special Creationtide page. 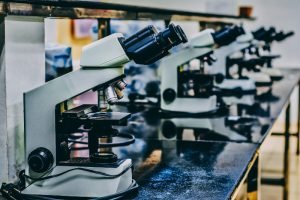 John Ray was the son of a blacksmith and was born on the smithy floor in a little village in Essex in 1627. From these humble origins he rose to become one of the most eminent scientists of his day, a fellow of Trinity College Cambridge alongside Isaac Newton, and an early member of the Royal Society. Ray studied the natural world with great care and precision, and this careful study was a response to his Christian faith.

Charles Raven, in his 1942 biography of John Ray, wrote that for Ray,‘loyalty to truth was loyalty to God….he found in the physical world the awe and reverence, the release and inspiration which psalmists, poets, thinkers and explorers have always found’

This balance between scientific study and theological reflection reached its peak in his 1691 book, The Wisdom of God Manifested in the Works of Creation. In this book Ray argued against the idea that the natural world was ‘created for man…as if there were no other end of any creature but some way or other to be serviceable to Man’, going on to write that ‘wise men now think otherwise’.

John Ray’s faith led him to see the inherent value in the world around him, not simply its usefulness to humans. Just like the writer of Psalm 111, Ray delighted in the works of the Lord, and so studied them carefully in order to understand the wisdom of God.

Are there parts of God’s creation you find inspiring?
Try learning something new about them today.

Rev. Rich Clarkson is Rector of five rural parishes in North Shropshire. He has degrees in Physics and Theology and recently completed his Master’s dissertation on Nature Contemplation in the writing of Maximus the Confessor. He is a member of the Lichfield Diocese Environmental Group, a JRI associate – and dad to three wild boys!